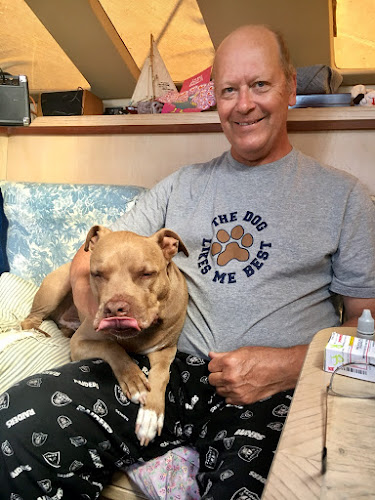 Wilbur's opinion of my blogging abilities.

I just got online to publish the blog post I labored over for days, and discovered it's gone. My draft disappeared.

Actually, it was not about this trip, but was about our last day on the ICW from two years ago. The only reason I didn't write about it then was because it was just an awful day.

So in short (and remember this was all in one day):

While underway I had to jump from our boat into the dinghy and bail it out as we forgot to loosen the painter and it filled with water.

In a very narrow part of the ICW a trawler in front of us came to an abrupt stop and proceeded to reverse. They very nearly hit our port rear quarter as Hans managed to motor out of their way.

In the same narrow waters a huge yacht in front of us stopped and began backing up just before going under a draw bridge. When I hailed him on the radio asking if there was a problem, he screamed at me and said he had to let oncoming traffic through first. The oncoming traffic turned out to be a small dinghy sized fishing boat that in no way needed us to stop.

A family of five, who in their kayaks, had been sitting idlely along the channel decided they needed to cross in front of us to the other side RIGHT NOW! Hans throttled back on the engines as they madly paddled and I'm pretty sure they spend their spare time running across highways in front of semis.

And finally there was the idiot who didn't understand that he needed to stay on his own side while passing under a draw bridge and ran us into the fenders. We were horrified to see him coming straight at us and even with me standing on the foredeck waving at him to move over, he just kept coming. The bridge tender called on the radio to him and told him he needed seamanship lessons. I tried to call him on the radio about the damage to our boat and he wouldn't answer. 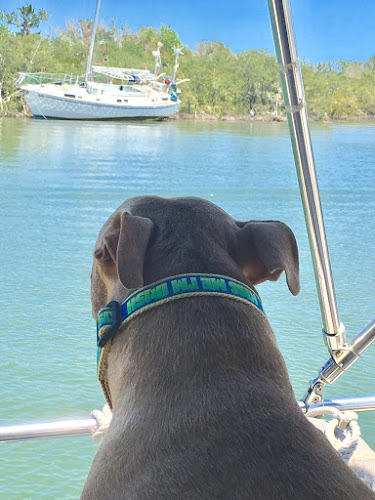 We've got seen way too many of these along the shorelines.

So before heading north this time I was remembering that last awful day and I'm hoping this trip will be a little less exciting. 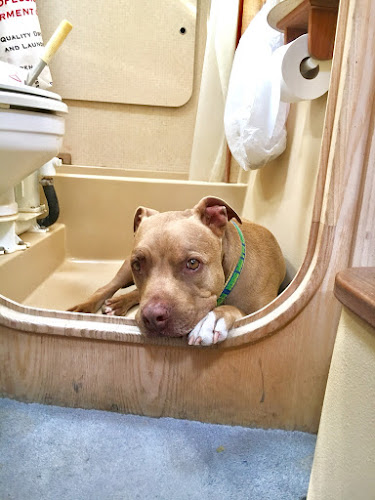 Do you think I'll be safe down here?

Posted with Blogsy
Posted by Laura and Hans at 7:36 PM No comments: